This is a research project advised by Professor Brian A. Barsky at University of California, Berkeley

Blendemoji is a Python scripted plugin for Blender which reads the user’s facial expression through Webcam and simulates it on a 3d rigged model.

The idea is simple:

Extracting data from the user’s face input -> interpret the data and apply it onto the model.

I start by recognizing rectangular faces in our webcam picture.

Haar Cascade is a machine learning object detection algorithm used to identify objects in an image or video and based on the concept of features proposed by Paul Viola and Michael Jones in their paper “Rapid Object Detection using a Boosted Cascade of Simple Features” in 2001.

Documentation for the API

To detect landmarks we use function virtual bool cv::face::Facemark::fit()

Now we have our data extracted, let’s try to interpret data and apply it on our models.

My data extraction happens on a 2D plane image, the next step is to convert it into 3D space.

Perspective-n-Point is the problem of estimating the pose of a calibrated camera given a set of n 3D points in the world and their corresponding 2D projections in the image. The camera pose consists of 6 degrees-of-freedom (DOF) which are made up of the rotation (roll, pitch, and yaw) and 3D translation.

Let’s break down the equation:

S is the scale factor for the image point

Homogeneous Image Point: the point on the 2D image (In this case it’s the coordinate of user’s facial component on the image)

Intrinsic Camera Matrix: the intrinsic parameters of our camera (In this case it’s the webcam, the physical pinhole camera). f here is the focal length, u v is the coordinate of principle points which are commonly zero. Gamma is the skew coefficient which is also commonly zero.

Homogeneous World Point: the point on the 3D model (In this case it’s the coordinate of the specific bone corresponding to the facial component)

And that leaves us with the matrix on the middle, the [R T] matrix. Which can be broke down as 3D Rotation and Translation which can be applied onto the model.

What Could Go from Here

I personally enjoyed the whole process developing this project. And as a game designer I would really love to see what would happen if we can gamify this. Because it’s such a unique way of human computer interaction. And it reminds me of the game Ring Fit Adventure which a strap on players’ thig to have body movement as input. The game was created to encourage people working out their bodies. 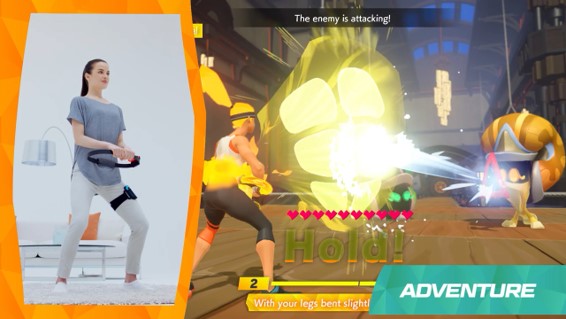 If the same design philosophy can be applied here, we might create a game to excourage people working out their facial muscles as a way to prevent facial paralysis, etc.